Finding the right person or team to provide video production services for your project can be a difficult task, especially if you’re from out of town or have never used an external videographer or team to assist with your video content creation! In order to help ease the burden of finding the perfect creative team for your project, we wrote this blog to help you understand a little more about the difference between videographers in Nashville,  video production companies in Nashville, and Creative agencies in Nashville so that you can find the perfect fit for your next video campaign.

What is a Videographer?

A videographer is someone who, by an official definition, “captures moving images on electronic media”. This can range from high-end cameras such as the Arri Alexa (used in film production) all the way down to a simple iPhone camera (This is why your uncle Bob claims to be a video guy). Generally speaking, a videographer is a singular person who shoots and edits projects on their own.

Videographers in Nashville are commonly used for wedding videography and editing wedding short films for newlyweds. However, since Nashville is home to some of the most talented videographers around, many will branch into short films and creative music video work.

What is Video Production?

Video production takes cinematography to a new level in the video content creation process. Instead of simply shooting and editing a video, video production involves a lot more in the pre-production and creative process of executing a video. The video production process will generally involve scriptwriting, location scouting, storyboard creation, shoot day schedule, and detailed shot listing long before it actually enters the actual “videography” phase of capturing, shooting, and editing the video.

The other main difference between video production services and videography services is that video production involves a team of people who all have unique dedicated tasks that all come together to execute on the larger concept. For instance, many video productions have a producer, director, director of photography, assistant director, production coordinator, grip, production assistant, set designer, art director, stylist, and several other roles that scale up and down depending on the needs of the video shoot.

Nashville video production companies are most known for creating engaging music videos for some of the biggest names in the music industry. However, these video production companies in Nashville have capabilities that extend far beyond music videos. Our team at Mac N’ Cheese Media produces  TV commercials, social media ads, brand awareness ads, business explainers, and much more to help brands and agencies communicate their message, differentiate their brand, and engage their audience in an emotionally evocative way.

What is a Creative Agency?

A creative agency can come in many different shapes and sizes depending on the type of agency, however, all creative agencies find common ground in the fact that they are built to strategize imaginative solutions for their client's marketing and advertising goals. In most cases, they will oversee the execution of these strategies from the start of a campaign through its completion.

Nashville creative agencies are very unique and many have very specific niches that they focus on. There are agencies that are full service and do everything from public relations to website building, and others that focus on strictly social media content and influencer marketing.

Is Mac N’ Cheese Media a videographer, a video production company, or a creative agency?

Great question! At Mac N’ Cheese Media we’re a video production company with a creative agency mindset.  This means that not only do we oversee and execute the entire video production process, but we’ll take the creative reins of your project from concept ideation and scriptwriting all the way through the delivery of your final video assets. We will work with your in-house marketing team to create videos that are aligned to reach your target audience and achieve your marketing goals.

Additionally, we partner with Nashville creative agencies to help them achieve their client's marketing goals. With our process-oriented approach and commitment to seamless communications, agencies love partnering with us so that they can get the in-house feel of a creative video production team without the extra overhead.

Mac N’ Cheese Media recently had the privilege of partnering with the Harlem Globetrotters’ in-house marketing team on the ideation and execution of several video marketing objectives surrounding their goal to achieve 22 Guinness World Records in 2 days. Our video production team filmed this with the intention of creating several different pieces of content to launch on different platforms. This allowed our team to take the two shoot days and maximize the video content for our client. In total, we delivered over 10 pieces of video content for their team to implement into their marketing strategy.

This is what the Harlem team had to say about Mac N’ Cheese Media after our shoot:

“Helped us take a more strategic approach to the content that we are producing.”

We wanted to create more engaging social content that was captivating to our audiences and had the potential to reach new audiences for the Globetrotters. We really enjoyed the vision and energy their team had for the brand and for the project. Not only did they knock it out of the park, but the entire team was such a joy to work with. They asked all of the right questions leading up to the shoot and absolutely delivered. 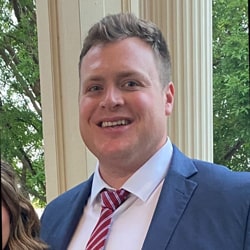 Click below to watch the BTS of our video shoot!

Looking for a Nashville Video Production Company with a Creative Agency Mindset? 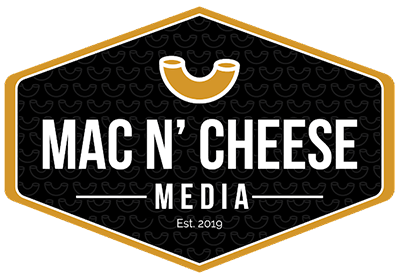